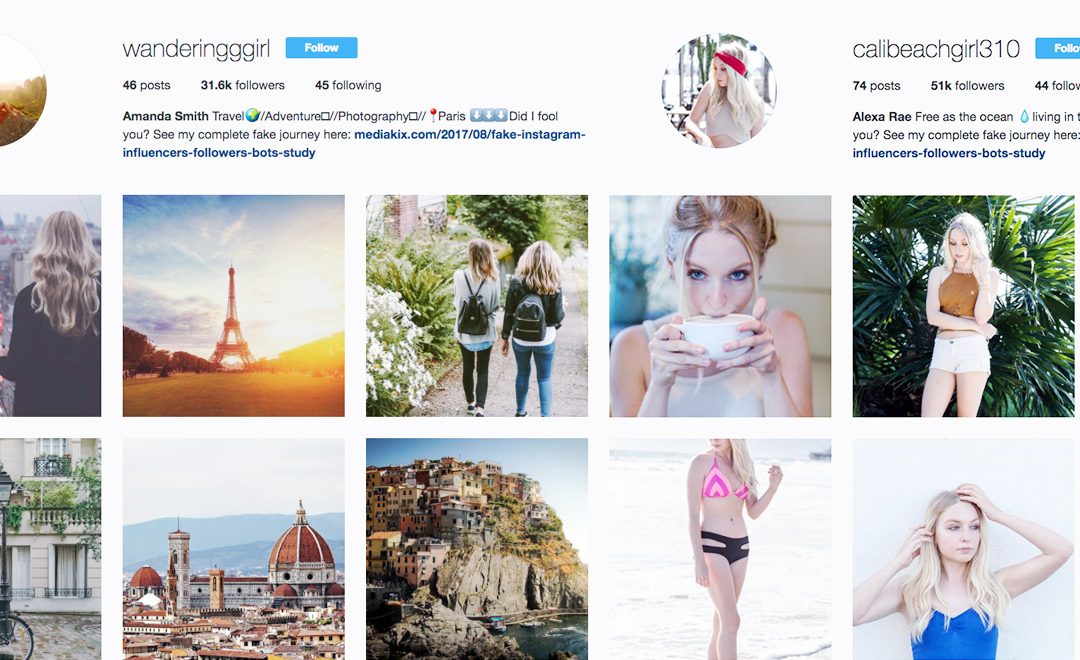 Instagram has a huge influencer market size – around $2 billion! Brands have started heavily investing in it since it was set to reach to Generation Z or millennial audiences. Appearing too attractive not only for brands but for ordinary users as well, the Instagram influencer market is supplemented actively. The job of an Influencer is the dream job for so many young people around the world, that to appear in the view of brands, they determine to cheat over both the social network and businesses by buying fake followers and engagement. This artificially inflates their clout. Generally, all influencers are constantly suspected of buying fake engagement. However, this is typical mostly to small or micro-influencers. But don’t brands differentiate users with real following from those who use bots? Can anyone become an Instagram influencer overnight? We are going to find answers to these questions right away, in the blog of InstaBF – an Instagram and IGTV provider you can apply to whenever you need!

To find out whether it’s possible to secure brand sponsorship deals for accounts with fake following or not, Mediakix set an experiment. The service created two fictitious accounts with completely fake following. They also bought engagement (comments, likes) for the accounts before applying them to campaigns on the influencer marketing platform. The first account was for a fake fashion Insta model while the second one “belonged” to an adventure and travel photographer. Here are the steps that Mediakix undertook:

For the fashion model account, the service hired a local model and had a one-day photoshoot to fill the account with lovely images of a pretty girl. For the content of the second account, meanwhile, Mediakix used stock images. Those were mostly landscape images from popular travel destinations including Maui, Paris, and Yosemite. Additionally, as the account was titled “wanderingggirl”, they also added images of a blond girl from behind (again from stock images).

Once the accounts were set and posts were made regularly, they started buying 1k followers per day. Companies selling Instagram followers and engagement demanded from $3 to $8 peer 1k followers. For the first account of a model they bought 30k followers, while the second one was filled with 50k followers.

After collecting the necessary number of followers for each account, the service ordered likes and comments (from 500 to 2,5k likes and from 10 to 50 comments per each photo). Generally, the prices for 1k likes range from $4 to $9 while a comments costs 12 cents on average.

There are various influencer marketing platforms most of which require at least 10k following for signing up. After hitting the threshold, Mediakix registered its two fake influencer accounts and started applying for new campaigns every day. As a result, the fashion account secured two deals – one with a national food & beverage company and the other with a swimsuit company. The next account, in the meantime, secured a deal with the same food & beverage brand and one with an alcohol brand. Both fake influencers were offered free products and monetary compensation.

So you see that even brands are often mislead and can’t say which influencer is true and which is fake. This is, definitely, a huge problem for the entire industry.